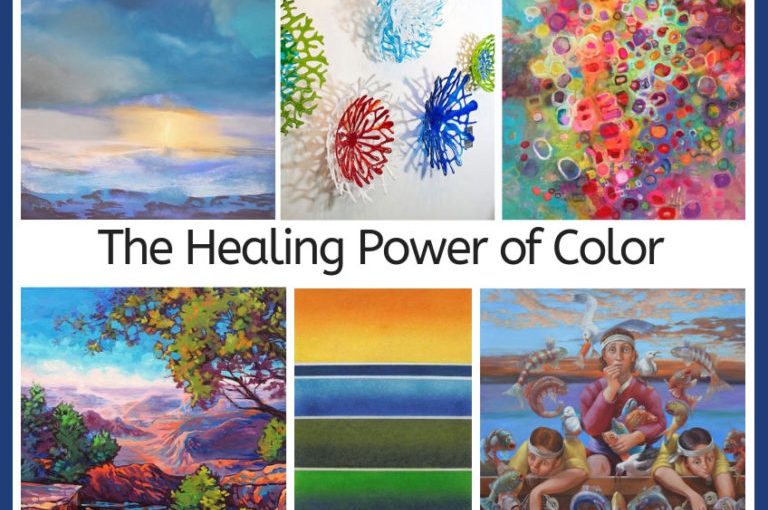 The writer of this article – please find link below – have spent countless hours researching the topic of ‘the healing powers of colours’. I chose a few bits, my favourite ones, to share here with you.

Several ancient cultures, including the Egyptians and Chinese, practiced chromotherapy — using colors to heal. Chromotherapy is sometimes referred to as light therapy or colourology and is still used today as a holistic or alternative treatment.

The first known theory of color was developed by Aristotle who believed it was sent by God from heaven through celestial rays of light. He suggested that all colors came from white and black and related them to the four elements – water, air, earth, and fire. Surprisingly his beliefs on color were widely held for over 2,000 years until replaced by those of Newton.

It has been said that Leonardo da Vinci preferred to meditate in a lavender or purple-colored light.

Some 75 percent of small children choose purple over other colors.

Depending on our cultural background the significance of colors may vary significantly. While the color white is used in many Western countries to represent purity and innocence, it is seen as a symbol of mourning in many Eastern countries.
In the 1980’s, scientists found that painting jail cells with a Pepto-Bismol-like hue calmed aggressive inmates. The shade became known as “Drunk Tank Pink.”

To get the best color displayed on your LCD monitor, make sure to set it to 32-bit color. This measurement refers to color depth, which is the number of color values that can be assigned to a single pixel in an image. Color depth can range from 1 bit (black-and-white) to 32 bits (over 16.7 million colors).