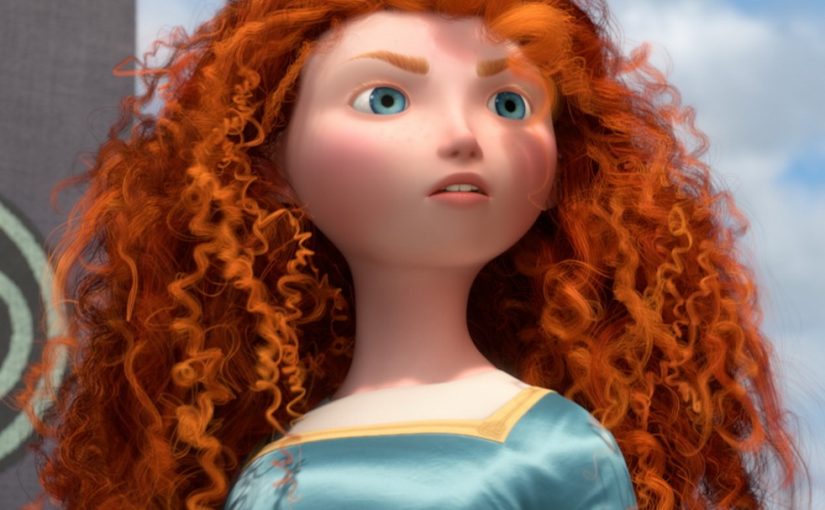 What is it like to be an ENG8 woman? Watch this fantastic video! Very enlightening!

I am an ENG type8w7. All that is being said in this video I can relate to. As a final note: Yes, I wish that we were seen and appreciated more for our contribution to the world around us rather than our aggressiveness. Please see that when one is aggressive, one feels threatened. Whatever you want me to change into, please have the decency to have it yourself first! 🙂 Just because I am strong and capable it does not mean that I wan to carry the burden of the world on my two shoulders. I am grateful when you chip in and support me. I am happy to support you too! 🙂 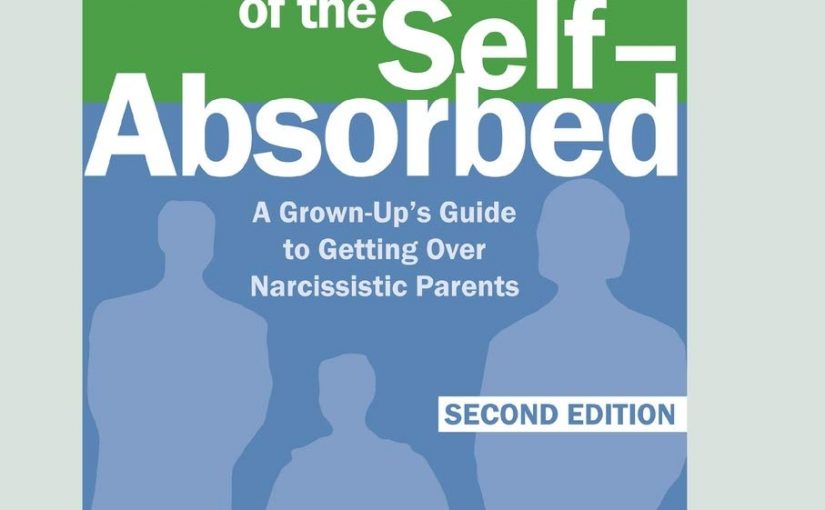 Nina Brown has written an amazing book called the Children of the Self-Absorbed. If you feel that you lack self- efficacy, self-esteem, and/or self- confidence I suggest you have a look at this video below and if you can read the book. The book is full of exercises that can support you gain awareness of your life choices in terms of your relationship with your parent(s).

It is often that we feel unworthy of having a magnificent and joy-filled life . Where does that sense of unworthiness stem from? Nina Brown invites you to have a look at your relationship with your family of origin ad investigate the narcissistic behavioural patterns resent there. 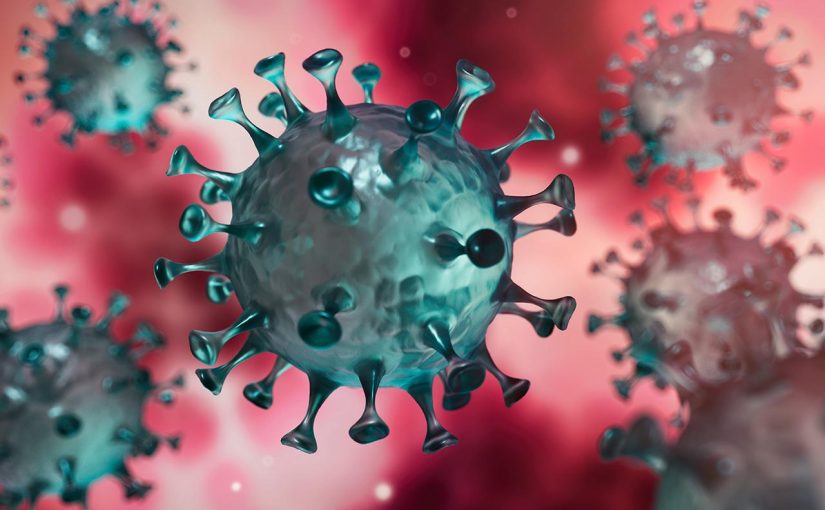 The world only offers us craze. No matter how stable and balanced you consider your life to be, the world will make sure you will lose your cool time to time.

Observing the madness this PANDEMIC has generated I wonder if we can at all call ourselves hu-mans any more. I am mad at the senseless way we tackle this problem we are faced with. Animals act with more decorum! Most people have seemingly lost all their common sense. The shops are empty, the roads are empty and people are panic stricken. Of what exactly? A virus that is unfortunately nasty and contagious however it is still the 12th on the list of different illnesses that threaten humanity at the moment. It is a flu virus that are know to the medical society and it is treatable!
Probably the least comprehensible aspect of this panic is the mass shopping craze. I am not sure exactly what goes through people’s minds when they stock up food for the next year!

As far as I can see, interestingly, the more we try and protect ourselves from a phantom the more harm we do to ourselves and others in the process. Businesses and schools are closed that will result in revenue loss and parents not being able to go to work, just to mention a couple.

On the flip side, however, I am grateful. I have suddenly more free time on my hands than I have had the past months. I can enjoy the warmer weather, a good book, chatting with family and friends.

Maybe, just maybe, we needed this VIRUS to calm us down a bit, keep us at home with our families and hobbies. We probably need time off from our crazy and over-scheduled lives.

A blessing in disguise, once again! Let’s make the most of it! 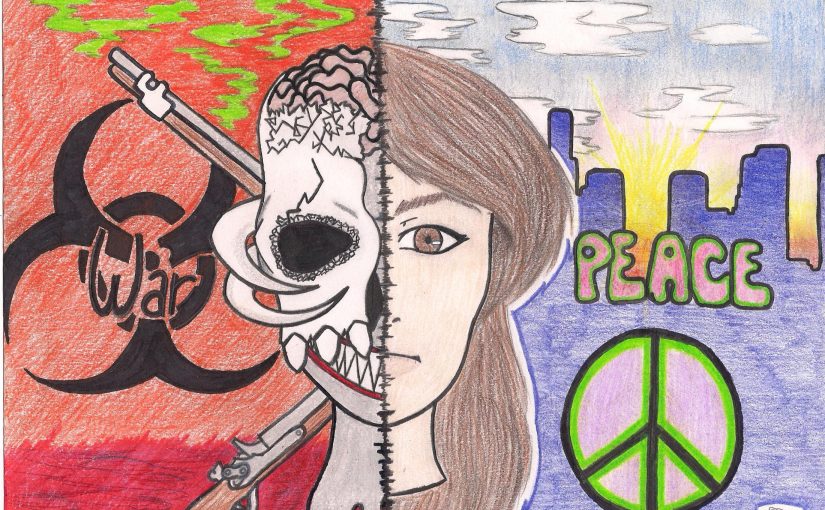 As a result of Brexit and Trump’s Wall induced hatred spree, I found myself a pacifist wishing to be pacific.

I have read and listened to numerous advocates for ‘leave’ and ‘remain’. I do not know much about American politics, I just simply do not favour the guy with the crazy hair-do!

And this is what it is really about: personal favourites and innate motivators.

Though, most of us are convinced that we can see the greater picture and form our opinion on what’s best for humanity, we all actually form our point of views based solely on our own deep-seated need for ‘something or other’.

In my case it is safety.

I am a pacifist because of the war-zone I grew up in. I lived with it, I lived in it and I eventually integrated it inside of me. As a result of that, I now believe that there is a way to live in peace by appreciating each other’s strengths and having compassion for our weaknesses. I feel comradely towards those who envision a world without ‘the good and the bad’ armoured. In this world of constant separation and comparison, I dream of understanding and embracing. Though it sounds enlightened and visionary, it is still just a personal opinion.

I do not know what the world needs.

It may as well need Brexit and Trump’s racist WW3 prep . Who am I to judge? I only know that I would feel safer in a world where people raised their heads off their daily distress and endless needs, looked into the eye of another and saw the unique beauty of God’s creation.

I know that my grand vision for humanity is utopistic and unreal, what’s more it causes me a great deal of distress. I often feel helpless and frustrated. In my desperation, I judge others to be stupid and senseless in their pursuit for happiness*.

So, I launch myself into gear to fight human ignorance. My inner annoyance and resentment towards those who do not understand my grand vision leads me to a place where I sadly find myself generating exactly the opposite of what I claim to stand for: war.

The challenges of the nonsensical decisions others often generate swirl a hurricane in my life. Instead of standing still and simply allowing the storm to pass, I attempt to stop it or even reverse it. Fighting is just as foolish as the concept of righteousness.

There is only one way to peace*: finding it within, individually. At the same time, finding one’s inner calm means no lack of involvement. Peaceful warrior activists like Mother Theresa and Gandhi achieved greatness for many. Though, we are motivated by it, activism must stem from a sense of inner detachment of personal gain. Additionally, it needs to be accompanied with surrendering our moral superiority, embracing differences and knowing that we are all evolving in the process.

None of us knows what’s best but we can all peacefully strive for something greater: more peaceful, more embracing, kinder* …

The War is always within.

*replace the word with your own 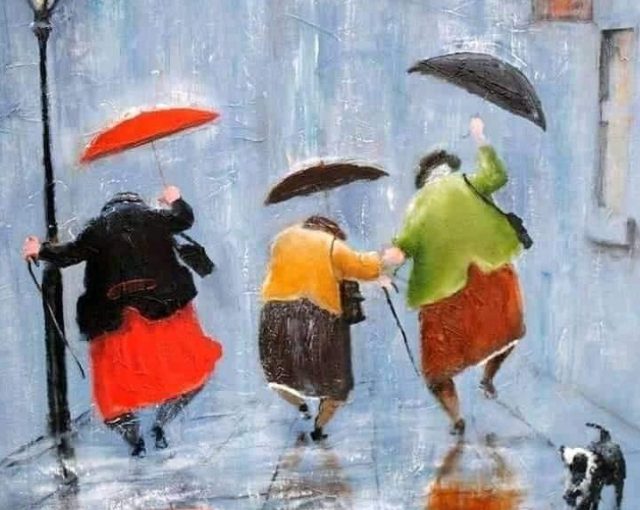 Today, I was contemplating on my ideal clients. Who could they be?

Well, honestly, they are the kids!

Kids tend to be honest. When they are not sincere in their endeavours of getting what they want it is often because they, sadly, think they can only obtain it in the way than the way they see their environment get it.

Adults fight change and try to be clever about it. They explain why it is silly what you suggest or simply ignore you. Whereas children are excited and curious about the new. They may be afraid of trying something but if you can promise them to be there for them when the fear shows up, they will happily launch themselves into experimenting with anything.

Coaching is a process of investigating new things and gaining awareness of the feelings and results these new experiences provide.

During our Edu-Coaching sessions that were run for 9-13 year old kids in different countries, I quickly learnt how deep kids are willing to dive into in order to find their hidden treasures. 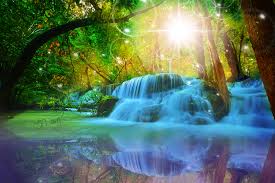 We are doomed. Looking at her, the way she retreats in fear, I understand how much we do not stand a chance in life. We were robbed as children of all our abilities by imbeciles. I cannot blame them either, though. There is a long line of abuse we were only a tiny part of. The result is lasting, however. We are here to observe our inevitable mortality and decay from a place of compete surrender.

No matter how angry I am at times at those who knowingly or not contributed to my dismay, there is only one way ahead: forgiveness and surrender.

My unforgiving-ness harms no other but my self. I keep myself stuck in a loop of horror and inconsolable despair. Until I fight for ‘justice’, for the wrong-doers to be punished, I do nothing but recreate the pain and frustration of the long-ago.

I must understand that I can only be my own master if I let go of my grip on the past and surrender to the present. Only when I start seeing myself again in my own light, instead of gazing into some dimmed shadows, I will start having a chance in life.

But for now, I am an anger-ball who is only just learning to surrender to the reality of her existence – what there is, goes.